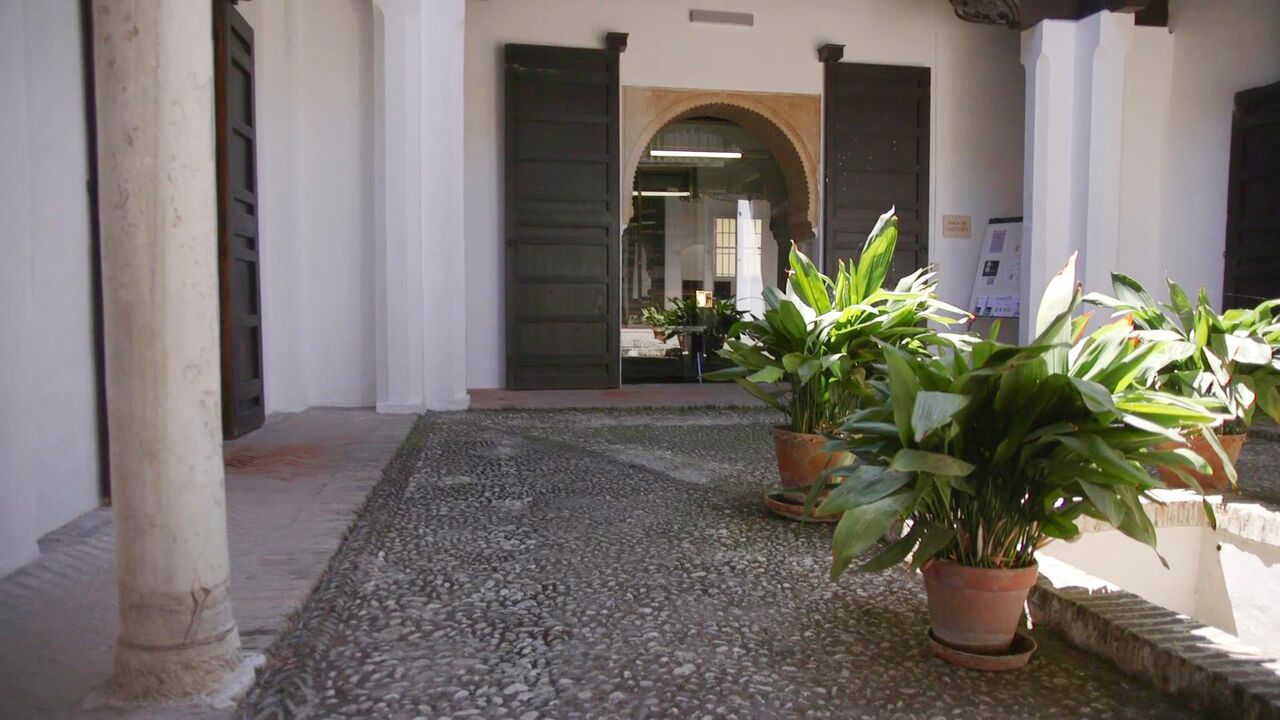 Since its creation in 1932, the Library at EEA (School of Arabic Studies) Granada has provided an essential service in support of research carried out at the school. It is responsible for managing and facilitating access to the specialized information resources required by researchers to carry out their work. As a member of the CSIC Network of Libraries and Archives, the library at the EEA has also become a point of service for all other libraries within the network, while benefiting at the same time from the resources and collections held by other network libraries.

The library can also be used by users that do not belong to the CSIC community to carry out research activities in other areas, such as teaching or in academic and professional fields.

It also actively collaborates in the dissemination of the results of scientific research, through its Digital.CSIC Delegated Archive service and in the organisation of cultural activities and bibliographic exhibitions. Similarly, it carries out dissemination work through web 2.0. Social Networks

The nature and subject matter of its collections is directly related to the teaching and research lines of the Institute, which revolve around Arab and Islamic studies with special attention to al-Andalus. They consist of printed and electronic books and journals, graphic material and archive documentation related to the history of the EEA.

They are organized as follows:

Modern prints: about 17.722 titles (23.471 vols) monographs published after 1920, including the most famous Arab historical sources and an important collection of Reference composed of encyclopedias and dictionaries, catalogs of manuscripts, guides, Arabic biographical dictionaries

Digital collections: access to more than 600,000 books and 16,000 electronic journals from the CSIC Virtual Library and to digitised books and manuscripts from Manuscripta.CSIC and Simurg webpages.

Printed journals : around 400 scientific journals (53 of which are open subscriptions).

Documents of Archive: administrative and scientific documentation that the institution has generated in the form of texts, photographs and graphic background since its foundation, in 1932, until the beginning of the eighties.

Old books and manuscripts: composed of  1.268 titles (1818 vols) printed volumes between 1505 and 1899, very representative of early European and Spanish orientalism and Arabism; books published between 1900 and 1920; 130 handwritten Arabic works in 75 items, among which it is worth highlighting the Treatise of Agriculture by Ibn Luyūn, composed in Almería in 1348; 1 miscellaneous codex in Hebrew with 9 titles and 31 Arabic documents from Granada and Morocco.

The origin of these works is varied:
– A part comes from the University of Granada, of which the School of Arab Studies was annexed between 1932-1939, running its Library as a section of the General University. (See Fundamental Law of January 27, 1932).
– Purchase or donation of eminent arabists (Simonet, Gaspar Remiro, Guillén Robles)
– Transfer of researchers from the center.

Publications about the Library: